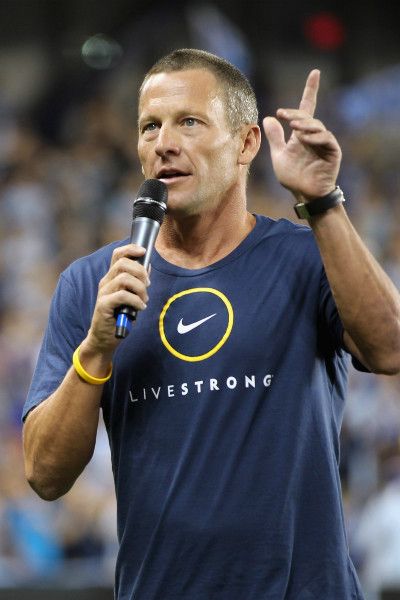 At age 25, Lance Armstrong was one of the world’s best cyclists. He proved it by winning the World Championships, the Tour Du Pont and multiple Tour de France stages. Lance Armstrong seemed invincible and his future was bright.

Then they told him he had cancer.

Next to the challenge he now faced, bike racing seemed insignificant. The diagnosis was testicular cancer, the most common cancer in men aged 15-35. If detected early, its cure rate is a promising 90 percent. Like most young, healthy men, Lance ignored the warning signs, and he never imagined the seriousness of his condition. Going untreated, the cancer had spread to Lance’s abdomen, lungs and brain. His chances dimmed.

Then a combination of physical conditioning, a strong support system and competitive spirit took over. He declared himself not a cancer victim but a cancer survivor. He took an active role in educating himself about his disease and the treatment. Armed with knowledge and confidence in medicine, he underwent aggressive treatment and beat the disease.

During his treatment, before his recovery, before he even knew his own fate, he created the Lance Armstrong Foundation. This marked the beginning of Lance’s life as an advocate for people living with cancer and a world representative for the cancer community.

Lance Armstrong’s victories in the 1999-2005 Tours de France are awe-inspiring, but the battle against cancer has just begun-not just for him, but for all cancer survivors and people just like him who think cancer could not affect them. He plans to lead this fight, and he hopes that you join him. This is a life he owes to cancer. This is his choice to live strong.

The above information was obtained from The Lance Armstrong Foundation.